She never let him  see past her ruthless, selfish nature. Though they were in different departments,  he had already heard that she was called the Sweet Killer. Initially he wasn’t much interested to meet her,  but when he finally saw her he couldn’t let his eyes roam over some other girl. She looked like Venus herself sitting across from him. She smiled at something her friend told her,  there was a glow in her face and her smile it was just enigmatic. He could see none of the vigour,  slyness or brutality,  that his friends had told humanity about,  rather her face reflected purity,  honesty etc. Here it must be mentioned that Vikram was quite capable of understanding people’s character by reading their faces and that was the main reason behind his selection by the Narcotics.
It wasn’t until the 2nd annual meet of all the forces that he was able to get acquainted with her. So She had a beautiful face, charming smile and a sharp tongue,  which She used against all critiques.

Gradually he got closer to her added that she was a talkative lady  and no matter what she would open up to a conversationalist like him. So when they were assigned the same case Vikram explained her about the pros and cons and slowly took it to a personal level. He told her about his sisters and while he was telling her about his mom her face dropped so that’s where the thorn is stuck,  he thought. He then tactfully changed the track back towards the case.
As the case progressed their friendship got deeper and one after lunch she asked “Do you like shopping? ” , he cocked his head “You bet having two sisters at home have made their personal assistant “.She giggled “I know but I promise you don’t have to hold anything “.When they reached the mall to his surprise she started selecting a few ragged ,torn up teddies from the rejected section this is interesting,  he then helped her select a few more , after which they returned back to their bureau.
Later that day in the parking lot she could still see the quizzical look in his face,  she knew he was dying to know,  yet respected her privacy. So she did the forbidden thing of her life,  told him the story of her mother’s life.
Her mother was married to a family who cared very less about women,  for them women were low lives. They were very pretencious so no one ever doubted them. When her daughter was born things changed they started treating her better but she what she didn’t know was the psychopaths were trying to kill her with every step. After her daughter’s birth her parents had seen the child only once, so almost after a month they send their son to take her and her daughter to their paternal home. .When her brother told her that she was excited but again her husband allowed only her daughter to be taken,  to lighten things he said “I’ll take your sister at night after all we too need some moments , don’t we “. That night was her last night,  they gave her belladonna in a cup of tea and later burned the house. They too had burned marks so that none could suspect them.
“And this ” , she took out a little teddy from her car “was the last gift I have of her,  I held this all the while “.
They were silent for a while and then when she was about to get in her SUV he stopped her and handed a teddy, she was confused “I bought this while you were busy selecting the rags “He then looked into her eyes with all the sincerety he could gather “It’s time you forget the past and start life in a new way ” getting closer to her he hugged her tight.She could hear horns pomping everwhere they were standing in the middle, yet for a day she wanted to leave all her discipline and join this guy who blossomed her life with happiness. 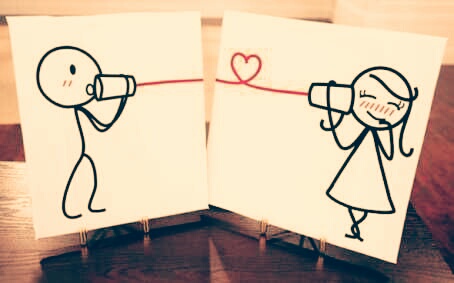 This site uses Akismet to reduce spam. Learn how your comment data is processed.

Beauty, skincare products,make up and DIY